Concepts of Physics Part 1 and 2 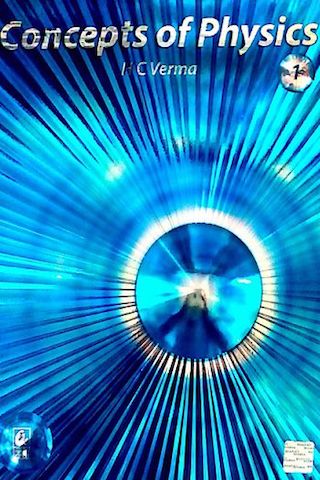 The book, "Concepts of Physics", is written by Dr H C Verma and published by Bharati Bhavan. The book is divided into two volumes. The first volume covers mechanics, waves, and optics whereas second volume covers thermodynamics, electromagnetism, and modern physics. The book is well received by students due to its wide coverage, simple language, clear concepts, good problems, and no errors. We strongly recommend this book to serious student of physics. The book not only help students in competitive examinations like IITJEE but also make physics enjoyable.

This book explains Physics concepts in a clear way starting from the scratch. It is highly recommend for JEE preparation as the JEE checks the students for their conceptual strength, and this book provides an easy way of learning the concepts involved in the subject. The ease of learning physics with this book comes from its organization and simplicity which is explained next.

The book has introductory chapters that introduce all the mathematical tools (like calculus) required for the reader to deal with all the mathematics in the subsequent chapters. This is very unlike many other books which do not provide any necessary mathematical base and expect the student to already possess it. The basic mathematical concepts covered in these introductory chapters make the student skilled to solve a variety of Physics problems during JEE preparation. The topics of the chapters are in a systematic flow meaning that, there will never be an instance where a certain topic in the precent chapter refers to a ‘future’ chapter.

The book doesn’t use any complicated English. The language used is simple and the phenomena/ situations/examples described are mostly derived from daily life experiences. For example, in one of the example problems, there is a question about the elongation required for a catapult, to throw a stone to a particular point. This question helps in introducing physics to the student using daily life experience. Because of its simplicity in both the language and explanation, it can be used even by beginners to learn JEE Physics.

Students from the past twenty years of JEE preparation used this book and have successfully cleared JEE. So, you cannot neglect this book. A common problem that was observed with many JEE aspirants is that they follow multiple books in parallel, thereby ending up in confusion. Follow only one book at a time and make sure it is reputed one like Concepts of Physics by HC Verma. You may consults other books too but not at the cost of creating more confusion.

The book in general is good for all the topics listed in the JEE syllabus. I do not have any criticism on any of the chapters. However, the book would have been even better had it contained a larger number and wider variety of problems. The student should address this issue by solving problems from the other books, previous years question papers and test series etc.

Your physics preparation for JEE will be complete if you learn the concepts from this book and solve numerous problems from various other sources.

The book is easily available on book shops. You can also buy it from Amazon and Flipkart